Windows 8 is still young platform. There are a lot of talks going on about if Windows 8/8.1 is successful or not. The main questions for users are a) why Windows does not have all applications they can find on another platforms b) why the one it has are so crappy.

To answer on these questions, let’s take a look on statistics of my application.

One of my pet projects is a Windows 8 application, named outcoldplayer (former gMusicW), this is unofficial Google Music player for Windows 8. I would say that it is pretty successful application in Windows Store. Once it was listed on the first place in Top Paid applications (right now it is on 29th place). 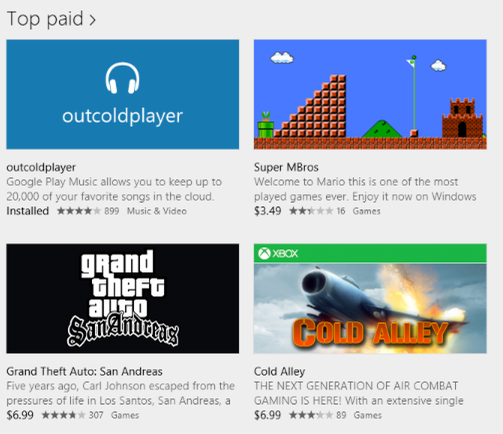 If somebody will tell me that his application is listed in Top Paid applications on Google Play or App Store - I would guess that he is a millionaire. But what about Windows 8? The short answer I’m not a millionaire. For the last year I got from outcoldplayer less than my monthly salary on my regular job.

I’ve published first version somewhere in January/February 2013. Yesterday I’ve uploaded 40th release. At the beginning outcoldplayer was a free application supported by Ads. Users could remove them by paying for special Ad-free package. 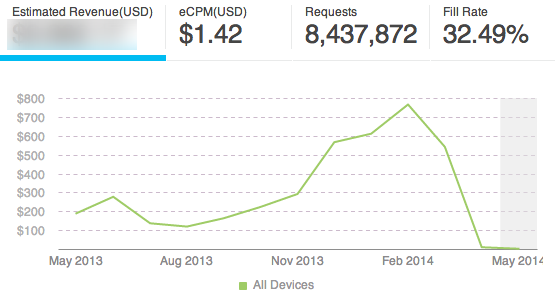 2 months ago I switched to paid model for various reasons:

So, for the last 2 months outcoldplayer is a paid application, which costs $5.99.

I still support Windows 8, but it seems like most of outcoldplayer users have Windows 8.1

This list also includes Microsoft testers, they verify new builds on submission. So we can say that number of Windows 8 users are really close to 0 percent. This number is different from the web statistics where Windows 8 have more market share than Windows 8.1.

In average outcoldplayer users are happy

But of course there are always some unhappy users, for example

This is downloads statistics for the last year. When outcoldplayer was free, it had about 200-500 downloads a day, paid version has 10-40 downloads a day (you can see this change in April). 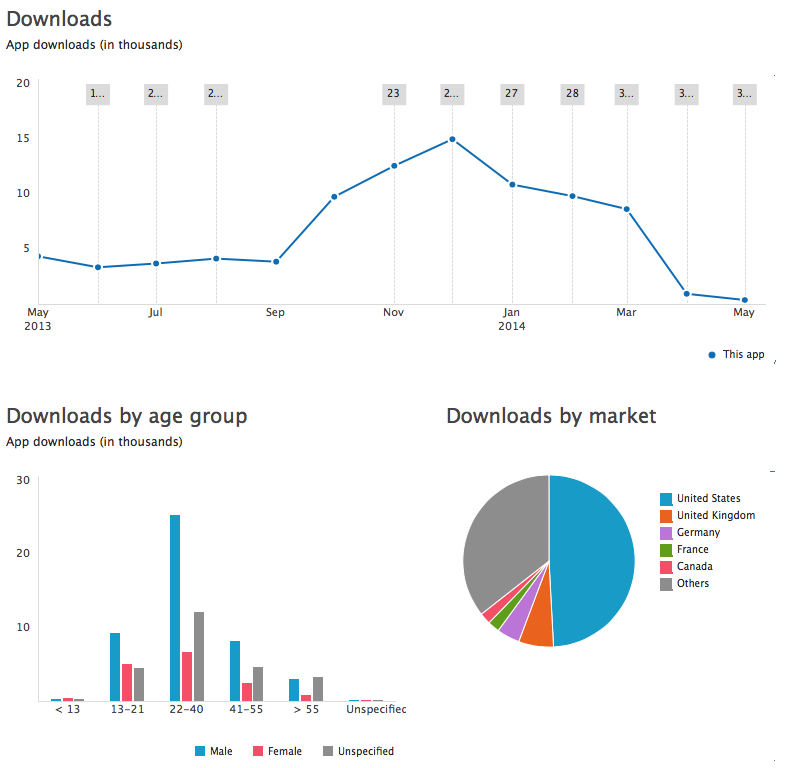 As you can see most downloads are in United States (outcoldplayer supports only one language en).

It was a pain in Windows 8 that users just did not update Windows Store applications. Because of that I got a lot of reviews and emails where users complained about old bugs or not working application. Now as you can see from this chart it takes for about a week to update 90% of users

Does it mean, that we all should just go and buy iPads and Androids and forget about Windows? For us, end users, of course it is better to have three different platforms rather than two, so answer is no. I hope that the next Windows 8 update will be a game changer for Windows. I’m not talking about Start Menu, I’m talking about Windows Store application in floating windows on desktop. I just hope that this will give a boost for Windows Store applications, people will start to use them on Desktop. We will see.